“When I watch the film, I’d love to live in that pub” 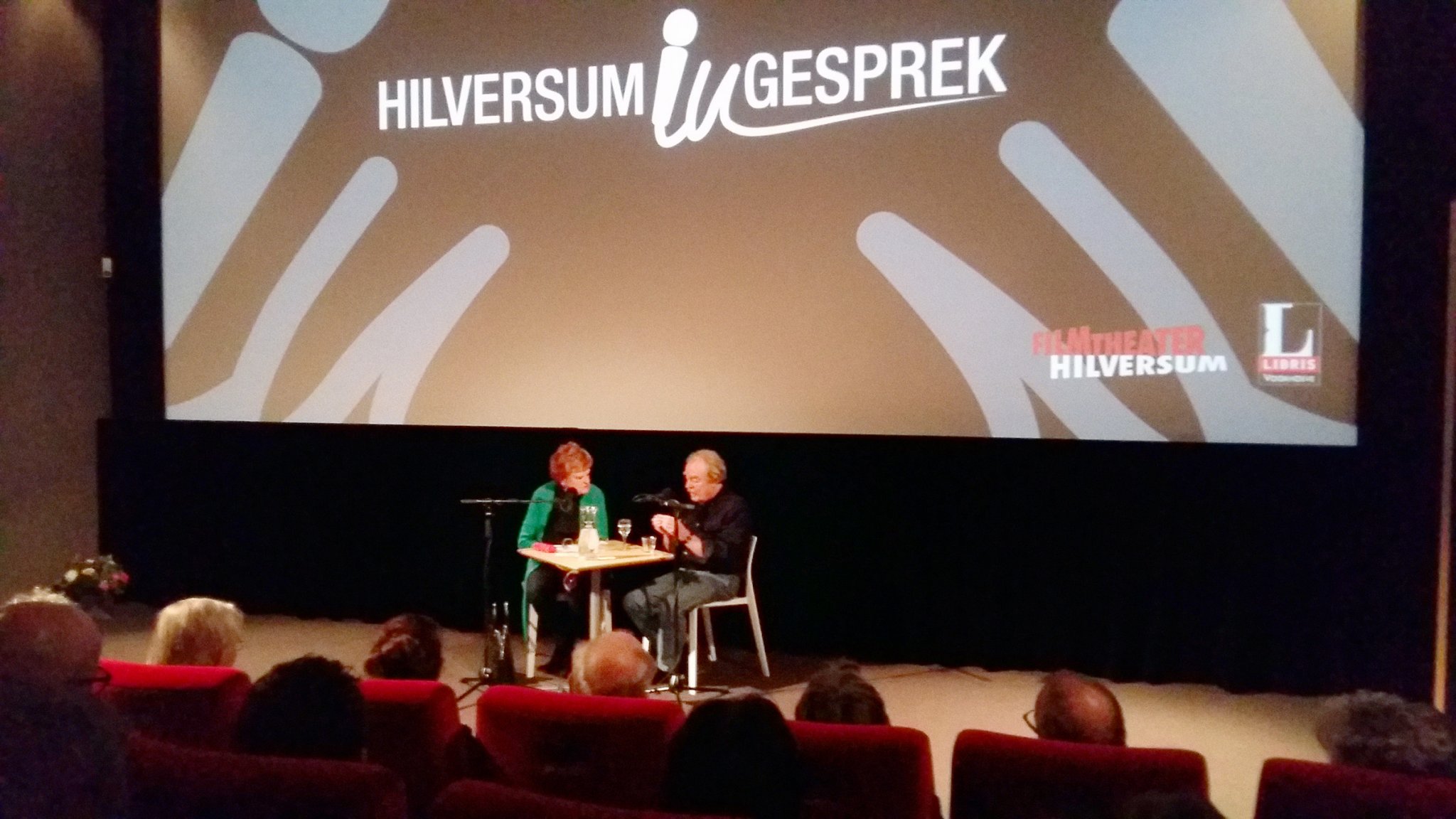 The well-known Dutch biologist and writer Midas Dekkers has just published a book about the traditional Dutch ‘brown pub’, Volledige vergunning. The title translates as ‘full license’, and Dekkers who grew up in his parents’ pub knows all about it.

As his lamentation of the vanishing pub culture resonates strongly with our documentary film Café Bostella, we were actually not even that surprised when we learned that Dekkers not only had seen the film but also wanted others to see it too.

So it happened that our film was shown yesterday in the arthouse cinema of Hilversum, a mid-sized town unfar from Amsterdam, after Dekkers had been interviewed there about his pub book.

Asked by his interviewer Cisca Dresselhuys – a journalist at least as well-known to the Dutch audience as Dekkers himself – about his film choice, he turned his eyes towards the ceiling and answered with a long sigh:

‘When I watch the film, I’d love to live in that pub. And never leave.’

In spite of its melancholic undertone, Dekkers’ comment surely counts among the greatest compliments we have had for our film.

Click here to see how you can order the book and DVD Café Bostella.