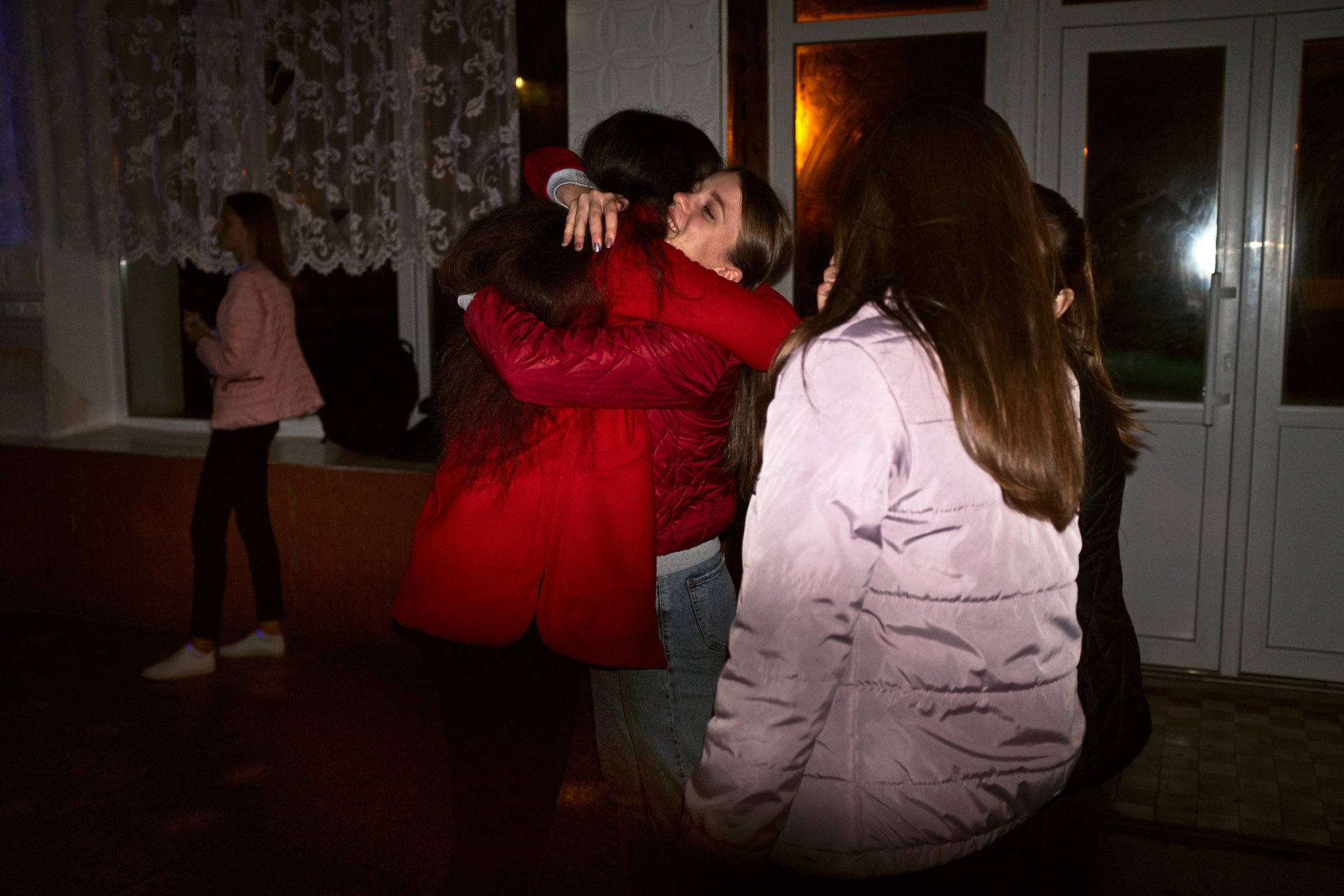 On my third trip to Transnistria in 2019, I visited a youth disco in a village some 50 km north of the capital Tiraspol. It was an improvised happening in the basement of the village epicentre, the House of Culture. The youngsters on the photo are saying good-bye after a well-spent dance night, fueled not by alcohol but simply a bucket of water where everyone could dip their cup to have a drink.

As the Covid-19 crisis is presently hampering social life also in Transnistria, it would seem likely that these youngsters are longing for their disco, which even back then was one of the few occasions for the youth to come together.

On the whole, even in Tiraspol socializing happens mainly at home, as pubs are few and cost money that can be spent on more crucial things of life, such like saving for a study or another opportunity to leave – to the Moldavian capital Chisinau or further, across the border to Odessa or Kiev, while Bucharest provides another possibility for Rumanian-speaking Transnistrians.

Back in 2019, the director of the House of Culture urged me to return, which I am still planning to do – once the borders will open and the disco is allowed to recap.

Transnistria is a semi-autonomous region in eastern Moldova. Read & see more in the project section: THIS BITTERSWEET LIFE