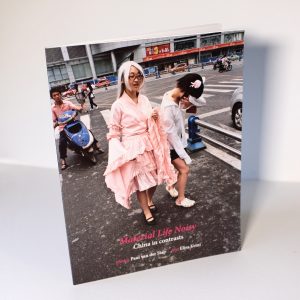 This is a fragmented story about how the Chinese are confronted with social, economical, and cultural changes in their country. The photos (by Paul van der Stap) and my texts came into being between 2010 and 2012 during our travels from Sichuan in the southwest of China to Shanghai at the east coast, from Shaanxi in the north to Guangdong in the south, and from the capital Beijing to the southern countryside of Yunnan and Guizhou.